Jocassee Wild
OUR BOARD OF ADVISORS
DAVID BARR

Dave retired and moved to South Carolina in 2002. His working career has been divided between commercial banking / financial consulting and healthcare. From 1972 until 1989 he worked with a number of different banks and financial consulting firms, primarily in the credit and asset recovery area.  During this period he assumed executive operating roles with a number of different companies to assist  in financial restructurings. These included railroads, foodservice, retail and banking firms. From 1989 until 2002 Dave served in several different roles for Genesis Healthcare, including Vice Chairman and Chief Operating Officer. Genesis was a large publicly traded long-term care company involved in nearly all aspects of healthcare other than acute care. 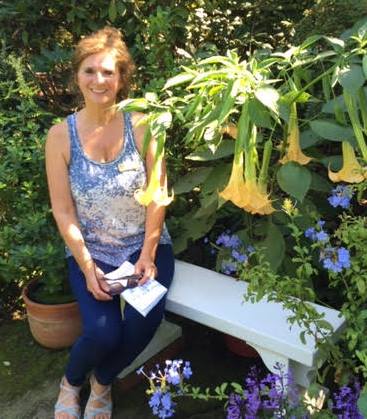 JENNIFER BAUSMAN
Jennifer has been involved in outdoor education & sharing her love of the outdoors with others her entire life, starting with growing up on a farm and being a “4-H kid” in rural Iowa & Kentucky. As an adult she worked for the U.S. Extension Service in two states - Florida and Tennessee - teaching in county 4-H programs and managing 4-H camps. In 1993 Jennifer and her husband moved to South Carolina and she enrolled in Clemson University, obtaining her master’s degree in Parks, Recreation & Tourism Management in 2005.  Her area of expertise is interpretation. In addition to serving as Director of Visitor Services at the S.C. Botanical Garden from 1997 to 2003, Jennifer has also been a volunteer outdoor educator and tour guide at the S.C. Botanical Garden for 25 years. 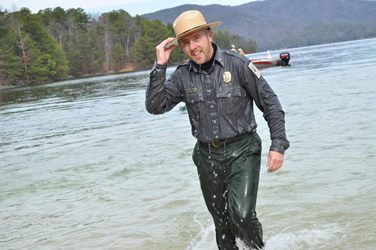 KEVIN EVANS
A native of South Carolina, Kevin Evans has always enjoyed nature. After receiving a degree in Natural Resources and Wildlife Management in 1992, Kevin began his career with the South Carolina State Park Service. He has been a Ranger in all four Regions of the State Park Service from the Low Country to the Upstate. Since 2007 he has served as the Park Manager at Devils Fork State Park. 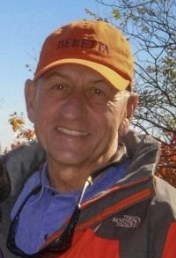 GLENN HILLIARD
Glenn Hilliard is retired from an extensive financial services career and lives in Greenville, SC.  A dedicated environmentalist and South Carolina Master Naturalist, Glenn founded the Foothills Trail Conservancy in 1974 and served as the first chairman. He currently serves on the boards of Upstate Forever, Naturaland Trust and Hughes Development Corporation. Glenn and his wife Heather have endowed a Professorship in Environmental Sustainability at Clemson. In his spare time, Glenn enjoys spending time with his family, hiking, kayaking, cycling and skiing. 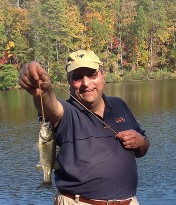 Danny Howard has provided 40 years of service to Auburn University, the University of Georgia, & Clemson University as an extension agent in agriculture, natural resources & apiculture. He has worked with beekeepers for over 30 years in honey bee education. Danny co-developed the Upstate Master Naturalist class & association. He is presently serving a fifth term as an elected commissioner for the Greenville Soil and Water Conservation District. 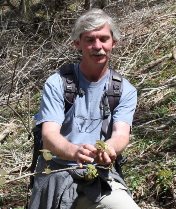 Tim is an advisor for our school and children programs. 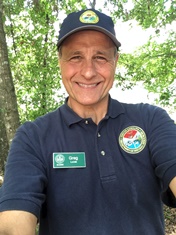 GREG LUCAS
Greg Lucas has worked for the S.C. Department of Natural Resources for 29 years in outreach and conservation education. He instructs a Jocassee Gorges class with the Osher Lifelong Learning Institute at Clemson University, is SCDNR’s coordinator for the Upstate Master Naturalist Program and serves on the boards of the Foothills Trail Conservancy and Preserving Our Southern Appalachian Music. He is married to the former Angela Smith of Greenville, has three sons and a daughter and is a deacon at Easley Presbyterian Church.
PATRICK MCMILLAN

Naturalist, author, educator and Emmy-winning host Dr. Patrick McMillan embarks on fascinating adventures throughout North and South America in Expeditions with Patrick McMillan. This series overflows with compelling wildlife and wilderness footage captured in the United States and beyond. McMillan's passion and contagious enthusiasm for the natural world is evident as he journeys across America. 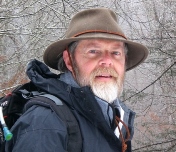 Dan Whitten is a naturalist who graduated from Auburn University with a BS degree in Wildlife Management.  He retired from Michelin North America after 30 years and began to renew his study of nature by taking the Upstate Master Naturalist Class in 2008, the Catawba Master Naturalist Class in 2010, and the Lowcountry Master Naturalist class in 2016.  He became a SC State Certified Naturalist in 2014.  He serves on the boards of the SC Native Plant Society, Foothills Trail Conservancy, Friends of Jocassee, and the Tyger River Foundation.  He works part time as a naturalist guide and hiking guide with Jocassee Lake Tours and as a Poll Manager with Spartanburg Co. Election Commission. Dan and his wife Sherrie have 2 married daughters and 3 grandsons and 1 granddaughter.  They have lived in Spartanburg since 1980.

SHERRIE WHITTEN
Sherrie is originally from Charleston, WV and moved to Spartanburg, SC after completing undergraduate & graduate degrees at Marshall University.  She is now retired after a 34-year career as a Speech Pathologist in public education.   Sherrie holds a statewide Master Naturalist certification, is past president of the Upstate Master Naturalist Association and is currently president of Friends of Jocassee.  She also works part-time for Jocassee Lake Tours in addition to being “mom” to 2 daughters.  The best job of her life is being “grandmother” to 4 sweet grandchildren!